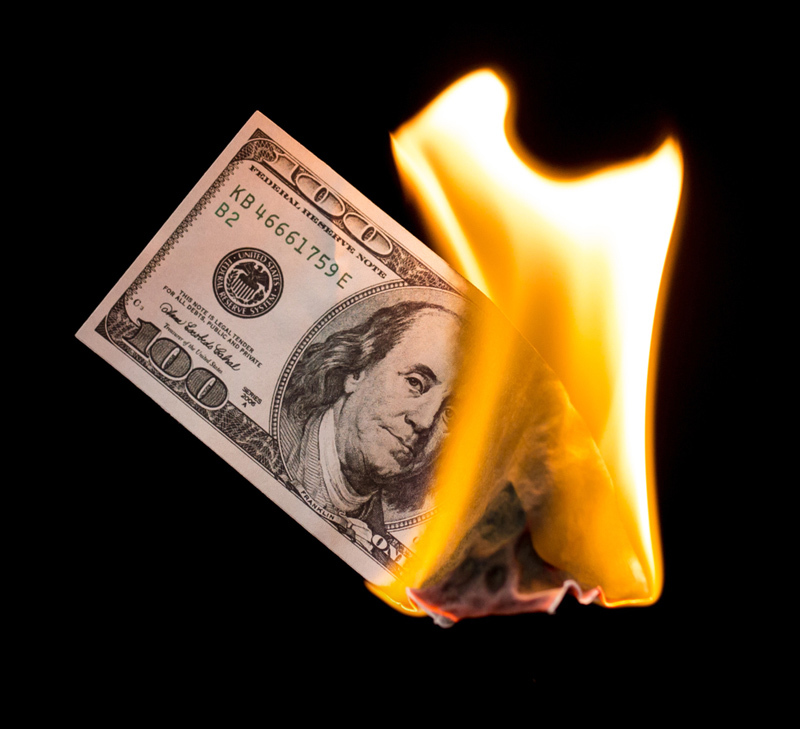 Why Careless Induction Is Costing You Millions!

We’re in an ongoing talent war.  It’s a constant battle to attract and secure awesome talent, and the best people can pick who they want to work for.  So when those expensive and amazingly talented people start with us, and they see that we’re not ready for them or it’s not what they expected…  it’s only a matter of days or weeks before they walk out.  Awesome people don’t stick around waiting for us to catch up - they’re in a hurry to contribute, to make things happen.  And if they can’t do it here, they’re going somewhere where they can.

But it gets worse.  Those awesomely talented people who haven’t already left, can quickly become disheartened and disengaged.  In fact, research tells us that a massive 33% of all our new recruits are looking for another job within their first 6 months[1].  Too often those who don’t leave immediately drag it out and give minimum effort for a year or so - making it look good on their CV.

Combined, these disengaged and unproductive employees cost US and UK organisations up to $37billion per annum[2].

So whether they stay or leave, a massive amount of time, money, effort and talent is being wasted because of careless induction!

If you recognise your organisation in all this… it’s not your fault.  Right now, onboarding and induction is more important than it has ever been before, and it’s time for a new approach.

Here are the three biggest mistakes that organisations make when it comes to induction and onboarding.

Failure To Get Them Engaged

Too often organisations treat a new employee as someone to be administered.  They’re given a raft of boxes to tick and multiple forms to complete, and they’re sent off to different stations to get processed.  Their induction experience feels more like they’re being admitted, than being welcomed in to become part of the company’s competitive edge.

So it’s really no surprise that over 25% of new employees walk out in their first 12 months[3] because they weren’t given the opportunity to become emotionally engaged.  The smart companies realise that by helping new hires to feel connected and aligned to the business, their new employees are 69% more likely to become emotionally invested and still there after three years[4].  And that means they avoid being on the recruiting and training treadmill!

The New Zealand Blood Service (NZBS) undertakes its life-saving work in a highly-regulated, quality-controlled environment.  And just like 58% of all other organisations globally[5], NZBS’ induction was focused on administration, health and safety, and compliance.  Obviously, NZBS needs to incorporate these things - they can’t afford to put lives at risk by new employees getting things wrong.  But they were taking motivated, enthusiastic new recruits who were excited about the life-saving work they’re about to do, and burying them under mountains of paperwork, gradually killing off their passion and enthusiasm for the cause.

After reviewing their recent engagement survey, HR Director Sarah reached out to us with the goal of improving their results.  According to Gallup[6], organisations with highly engaged employees outperform others by 21%, primarily due to the all-important discretionary effort.  So we set about helping her to achieve early engagement so NZBS could achieve more… with the same amount of funding.

We helped Sarah see that whilst NZBS were putting considerable marketing effort into making new donors feel great about saving lives, they were neglecting their new employees who would soon be helping to save many lives - every day.

We worked with Sarah to ensure that now, from the moment they signed their contracts, new employees will get started on an inspiring and engaging induction journey.  At the centre is the high-impact Vein to Vein experience, where in their first few days, these new life-savers follow a “bag of blood” on its life-saving journey.   These employees become emotionally invested, impacted by the revelation of the part they play in saving lives.

Failure To Give Them What They Need

It is generally accepted that a new employee can take up to 6 months to get up to speed, but we know that timeframe can be dramatically reduced by a strong induction which delivers early productivity.  Research shows that this can translate to 1-2.5% of total revenue[8].  And for a business with a 10% margin, an increase in revenue by 2% could mean a 20% increase in profitability![9]

With this level of impact, companies can’t afford NOT to take a good look at the way they induct.

Leanne, a General Manager with a national airline, was sick of seeing time and effort wasted by new employees, through no fault of their own, because they didn’t know how things worked in their large and complicated organisation.  Even more concerning, she saw that leaders didn’t seem to know or understand their responsibilities, or what they needed to do, even after 6 months in the role.

When she came to us for help, we helped her reflect on her own induction.  It had been non-existent (apart from the admin and the day of “talking heads”) and she was left to figure it out on her own with little support or guidance.  She knew how unproductive, confusing and frustrating it was for her.

We then suggested a dual approach to induction – a general induction journey for every person who joined the company, and an additional but integrated journey for leaders.  Within 6 months of committing to fix it, Leanne had a transformed induction offering enabling new employees to quickly and easily navigate the organisation, and understand their unique way of doing things.  No longer did new employees or new leaders wander around trying to find out how things worked or who to talk to.  We ensured they had the contacts, resources and information they needed to get up and running, and to full speed, as quickly as possible.

When existing employees saw that new employees knew things they didn’t, they were motivated to check it out too, increasing the overall impact of the onboarding initiative.

Given that the airline was inducting over 2000 new employees a year, being able to boost new employees’ productivity by an average of just one week each delivers a business impact of $2.5million, which is a 1700% return on investment in the first year!  And this is well below the statistics which say they can expect up to 54% greater new hire productivity.

This early productivity, along with the impact on retention and productivity, was a contributing factor to the airline achieving its second highest annual profit the following year.

Failure To Create A Consistent Experience

HR knows that the effectiveness of induction is highly dependent on managers.  Yet for managers the world over, inducting new employees is viewed as hard work and time-consuming, and just something else that needs to be done during an already time-pressured, stressful working day.  So it’s no surprise that more than one third of all HR Managers globally say that their induction practices are informal, inconsistent or reactive[10].

As HR Manager at Waikato-Tainui, Karen felt increasingly frustrated by the ongoing interruptions from new employees.  She resented the amount of time that she spent every day explaining the same things, and answering the same questions, to a constant stream of new employees.  To her mind, managers weren’t doing what they were supposed to be doing and it added to her stress and workload.

We understood Karen’s problem and, because 83% of new starters like to be able to learn at their own pace[11], we showed her how she could implement a simple, intuitive online induction tool that could streamline induction processes, take the pressure off managers, and help answer most of new employees’ questions.

Now new employees know what to expect even before they start.  They receive consistent company messages, and can quickly and easily find things, or learn how things work and how to get things done.  Their online tool empowers them to learn at their own pace as well as giving them a track to run on, making them more self-sufficient and less dependent on their busy managers (or Karen) for general guidance.

A few months later, Karen was delighted to have an extra eight productive hours a week, so she could turn her attention to other challenges.  Managers are relieved that onboarding and induction has been streamlined, allowing them to focus on quality time with their new employees.  Karen has made life simpler and easier for everyone by implementing digital technology for their induction and onboarding.

Your organisation invests huge time and money attracting and recruiting the best people to improve your competitive edge.  But the best people will no longer waste their time and talent in a company that doesn’t support them or help them shine.  Protect your talent investment from high turnover and poor productivity by optimising your induction.

[1] Harvard Business Review 2015 Technology Can Save Onboarding From Itself